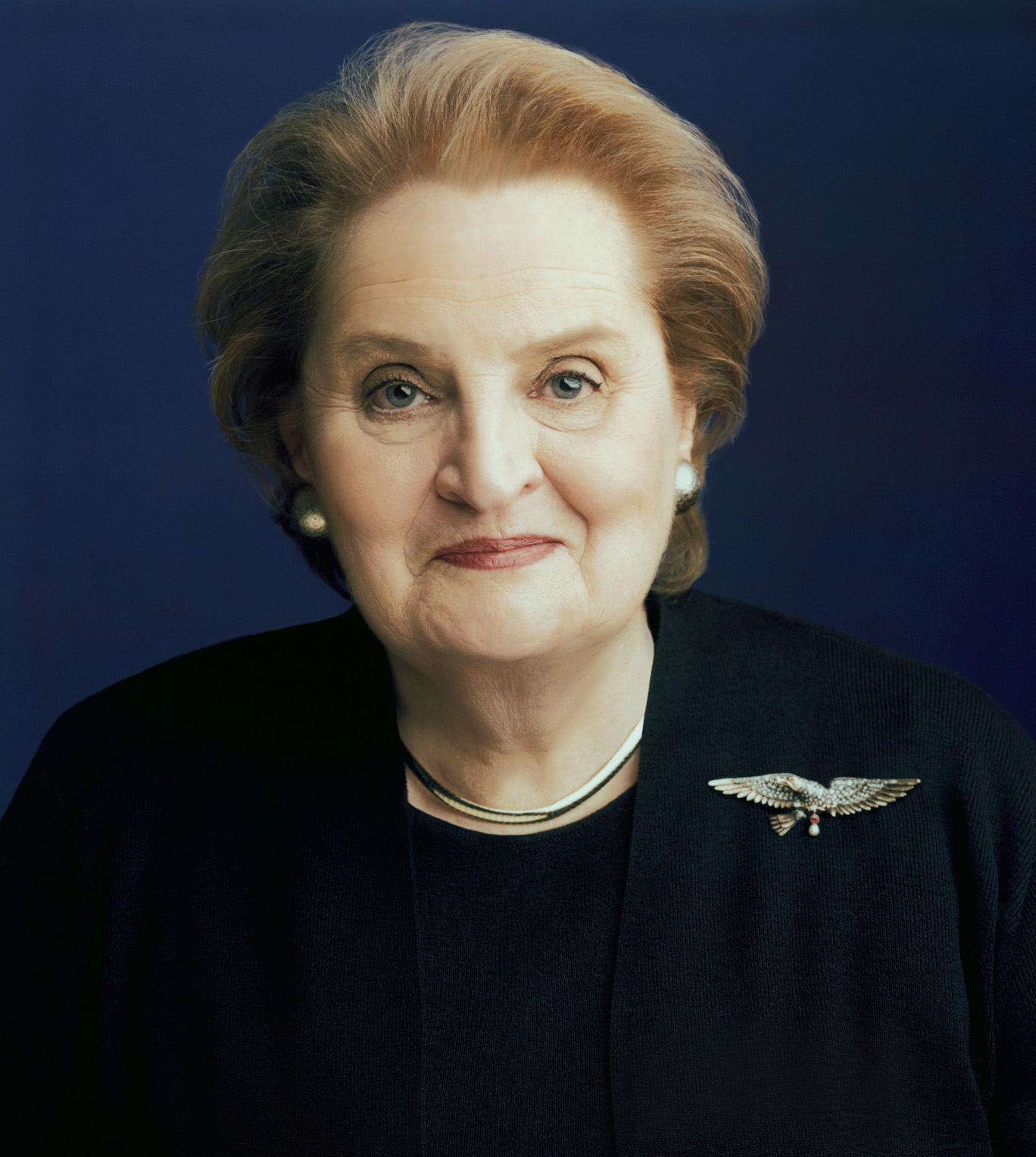 Madeleine Jana Korbel Albright (born Marie Jana Korbelová; May 15, 1937 – March 23, 2022) was an American diplomat and political scientist who served as the 64th United States secretary of state from 1997 to 2001. A member of the Democratic Party, Albright was the first woman to hold that post.

Born in Prague, Czechoslovakia, Albright immigrated to the United States after the 1948 communist coup d'état when she was eleven years old. Her father, diplomat Josef Korbel, settled the family in Denver, Colorado, and she became a U.S. citizen in 1957. Albright graduated from Wellesley College in 1959 and earned a PhD from Columbia University in 1975, writing her thesis on the Prague Spring. She worked as an aide to Senator Edmund Muskie from 1976 to 1978, before serving as a staff member on the National Security Council under Zbigniew Brzezinski. She served in that position until 1981, when President Jimmy Carter left office.

After leaving the National Security Council, Albright joined the academic faculty of Georgetown University in 1982 and advised Democratic candidates regarding foreign policy. Following the 1992 presidential election, Albright helped assemble President Bill Clinton's National Security Council. She was appointed United States ambassador to the United Nations from 1993 to 1997, a position she held until elevation as secretary of state. Secretary Albright served in that capacity until President Clinton left office in 2001.

Albright served as chair of the Albright Stonebridge Group, a consulting firm, and was the Michael and Virginia Mortara Endowed Distinguished Professor in the Practice of Diplomacy at Georgetown University's School of Foreign Service. She was awarded the Presidential Medal of Freedom by President Barack Obama in May 2012. Albright served on the board of the Council on Foreign Relations. Provided by Wikipedia
Showing 1 - 1 of 1 for search: 'Albright, Madeleine Korbel, 1937-', query time: 0.03s
List  Tabulka
Search Tools: Get RSS Feed — Email this Search —