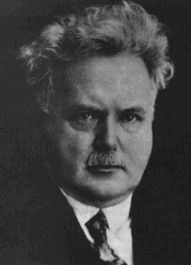 Viktor Dyk () (31 December 1877 – 14 May 1931) was a nationalist Czech poet, prose writer, playwright, politician and political writer. He was sent to jail during the First World War for opposing the Austro-Hungarian empire. He was one of the signatories of the Manifesto of Czech writers. Dyk co-founded a political party and entered politics. He died at age 53, leaving his many poems, plays and writings. Provided by Wikipedia
Showing 1 - 10 of 10 for search: 'Dyk, Viktor', query time: 0.05s
List  Tabulka
Search Tools: Get RSS Feed — Email this Search —
Loading...