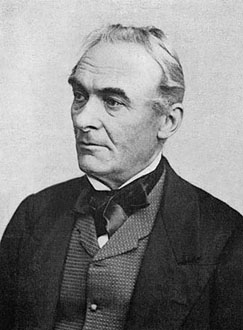 Prosper Mérimée (; 28 September 1803 – 23 September 1870) was a French writer in the movement of Romanticism, and one of the pioneers of the novella, a short novel or long short story. He was also a noted archaeologist and historian, and an important figure in the history of architectural preservation. He is best known for his novella ''Carmen'', which became the basis of Bizet's opera ''Carmen''. He learned Russian, a language for which he had great affection, and translated the work of several important Russian writers, including Pushkin and Gogol, into French. From 1830 until 1860 he was the inspector of French historical monuments, and was responsible for the protection of many historic sites, including the medieval citadel of Carcassonne and the restoration of the façade of the cathedral of Notre-Dame de Paris. Along with the writer George Sand, he discovered the series of tapestries called ''The Lady and the Unicorn'', and arranged for their preservation. He was instrumental in the creation of Musée national du Moyen Âge in Paris, where the tapestries now are displayed. The official database of French monuments, the Base Mérimée, bears his name. Provided by Wikipedia
Showing 1 - 4 of 4 for search: 'Mérimée, Prosper', query time: 0.03s
List  Tabulka
Search Tools: Get RSS Feed — Email this Search —
Loading...